Ian’s recovery from cancer was first reported as a case history in 1978 in the Medical Journal of Australia (MJA):

Then, in 2008, the fact he was still alive was reported; again in the MJA. This report was written by Prof. George Jelinek, with whom Ian had established a lifestyle based self-help program for people with Multiple Sclerosis (MS), and Dr Ruth Gawler, Ian’s wife.

Next, Ian’s first wife Grace Gawler, with the assistance of Prof Ray Lowenthal published a paper in the MJA questioning the method of Ian’s recovery and some of the timelines involved.

This paper was answered by Prof Jelinek and Ruth Gawler in a letter of response that was published alongside the first article.

The 2008 MJA controversy over Ian’s timelines and recovery.

Then in December 2011, Lowenthal combined with Ian Haines to publish a hypothesis in the Internal Medicine Journal questioning Ian’s very diagnosis of secondary cancer.
The importance of a histological diagnosis when diagnosing and treating advanced cancer. Famous patient recovery may not have been from metastatic disease I. E. Haines and R. M. Lowenthal.

Further, the surgeon who removed Ian’s left lung is convinced he had secondary cancer and the pathology performed on that lung, including histology, supports that view. To read the surgeon’s statement and the pathology report, CLICK HERE
Why the Medicine Journal of Australia refused to publish the Haines and Lowenthal hypothesis.
The Medical Journal of Australia refused to publish Haines and Lowenthal’s article stating that it presented supposition, but nothing new in the way of facts, lacked potential to advance medical practice and did not have the patient’s consent.
Ian and Ruth responded to the Haines/Lowenthal article in letters that were published in the Internal Medicine Journal.
Ian’s response to the Internal Medicine Journal
Ruth’s response to the Internal Medicine Journal
Meanwhile, Australian Doctor published an Opinion Piece from Lowenthal (that had first been published in The Conversation).
Lowenthal’s Opinion Piece
Ian’s response and evidence that he did have secondary cancer
Also, a response to Haines and Lowenthal’s article was published in the Internal Medicine Journal by a medical historian from Yale University. The article views Haines and Lowenthal’s piece as evidence of “a turf war” and “some oncologists’ discomfort with losing their authority to dictate patient choices”.
A Historical Perspective: Cancer and quackery by K. B. Irving
Prof George Jelinek and Guy Allenby reviewed the facts of Ian’s case in The Conversation; pointed out why the Haines/Lowenthal hypothesis is incorrect and why Ian’s diagnosis of secondary osteo-genic sarcoma was correct .
TB or not TB? A second opinion on Ian Gawler’s cancer.

In 2002 Ian began a collaboration with Prof George Jelinek to establish a lifestyle based self-help program for people affected by MS. That program has been formally evaluated and the research demonstrates that for the 165 participants over 5 years, on average they recorded a 20% improvement in overall quality of life, physical health composite and mental health composite. This contrasts with the expected norm for people with MS – a 10% decline in all three over 5 years.

The second, 5 year follow up paper – in Neurological Science. 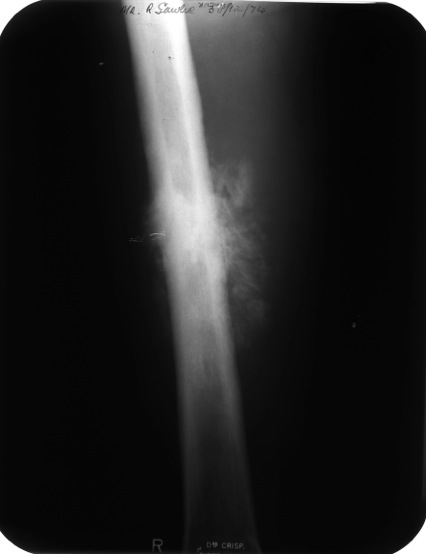 Ian Gawler’s chest with secondary osteogenic sarcoma protruding from his sternum. The masses that are visible were solid bone as Ian had bone cancer and when it spread, it created solid, cancerous bone. There were also masses like this within his left lung and in his pelvic area as shown on the X Ray further below. 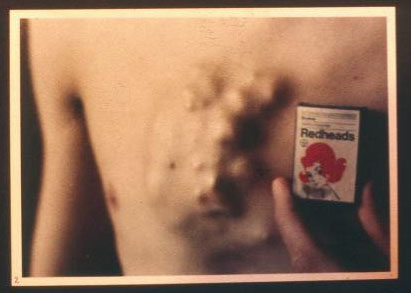 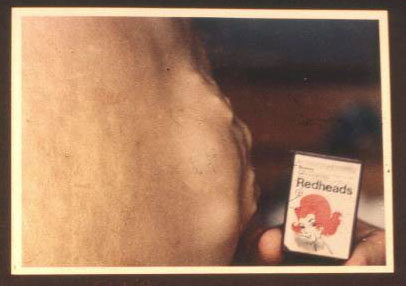 These photos were taken in October 1976. They were taken at the commencement of a short term of chemotherapy treatment as Ian wanted to monitor the treatment outcome and the masses were so visible. He then had photographs taken each month and so these pictures form a sequence all duly dated and recorded at the time, and most having their dates printed on their reverse by Kodak as was their habit in those days. Certainly the originals which are in Ian’s possession have the date of October 1976 printed on their reverse by Kodak. This is significant as these photos have been widely reproduced with the date mistakenly given as 1977. This typo/error was not picked up for many years as the date seemed insignificant. It was only when Ian’s secondary cancer diagnosis was questioned that this date assumed some importance, the dates checked and the correction made. There is no doubt that October 1976 is the correct date.

Here is Ian’s chest in April 1978 showing all the lesions fully resolved. 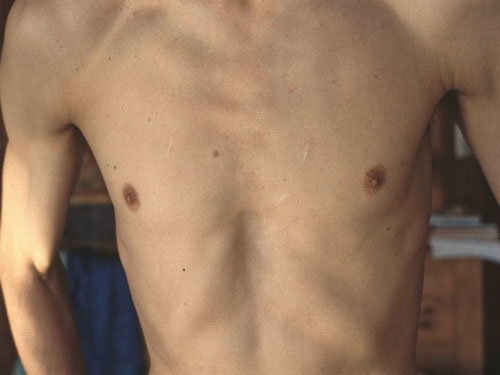 Next, this is an X Ray of Ian’s pelvis taken in April 1978 showing the large cancer mass in his right inquinal/pelvic area (on the left of the X ray as below) and extensive damage to his lumbar vertebra (spine). 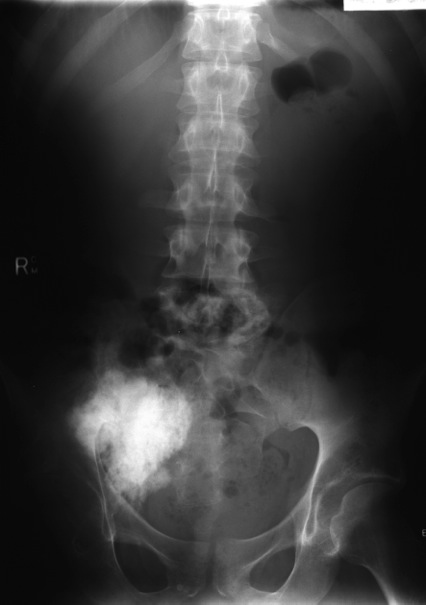 Join us on Allevi8